Posters Galore: 'Do You Know The Impact of Your Software Choices?'


"We have an insatiable appetite for software; more apps; more web and more data”, says Frank Carver, PhD researcher from the University of Suffolk. “Did you know that the ICT industry could use 20% of all electricity and emit up to 5.5% of the world’s carbon emissions by 2025? And that templates represent 40-50% of the total bytes on the web – growing at a rate of approximately 6% per year?”

Frank’s PhD research aims to find ways for software developers, architects and managers to make smarter choices about the long-term global impact of their work.

An initial feasibility study investigated the range of differences between solutions to a common problem: generating web pages from templates. A representative sample of libraries were put through a series of capability and performance test scenarios; results were analysed and compared and tests run multiple times under different loads.

The most significant finding to arise from the work so far is the surprising variety in capabilities and performance between apparently similar software libraries. For example, for some common operations, there was a 10,000 times difference between the best and the worst performers.

You can view Frank’s poster content here and read about the future research he has planned for the study and how you can get involved.
Posted by Tommy Flowers Institute at 03:30 No comments: 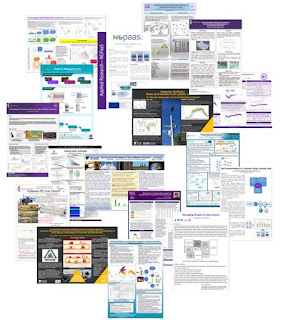 Following the cancellation of our conference we put our thinking hats on, of how we can get through those difficult times and making use of the fantastic Poster contributions we received.

The end game is: We will give the conference 'Creating Value for Economies: Collaborate - Innovate - Educate' another go in March 21. Most of our speakers have already committed their support, and with another year of planning - this conference will be unbeatable!

We will organise - let's hope it's going to happen - another conference in October tis year, on a hard core subject: 'Let's get Physical'. We'll leave you with this thought for now!

In the meantime it's Posters Galore!

The list of posters in our respective conference post from beginning of March is 20 long, and we plan to feature them here throughout the year. This is what Tommy Flowers Network is about: Connecting young researchers with their top level research to the world - in real life and virtually!

So, if you are not on this list, but would like to publish here on our blog - whether it's a whitepaper, poster, or a do a Thought Leadership event - please fill in this Formwize.
Posted by Tommy Flowers Institute at 04:40 No comments:

As the situation around Covid-19 (Coronavirus) continues to develop, BT is stepping up precautionary safety measures to keep everyone safe. With that in mind, we’re letting you know that unfortunately we have taken the decision to cancel the Tommy Flowers Network Conference on 24-25th March.

Apologies for any inconvenience the cancellation has caused. 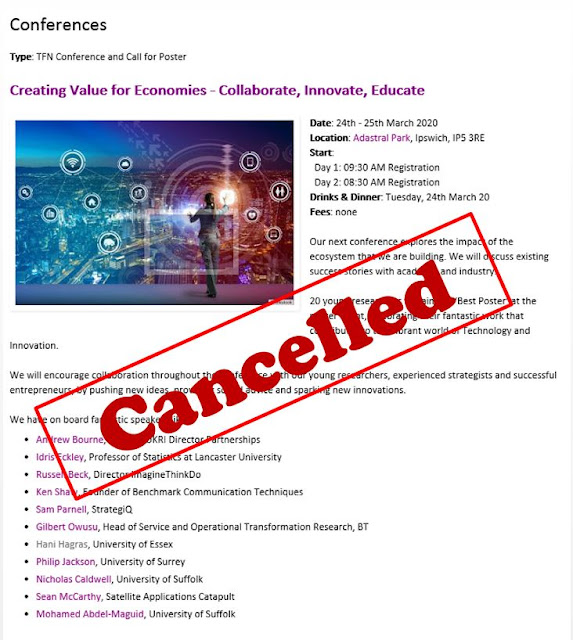 Please look out for more information in the coming weeks about future conferences and thought leadership events.
Posted by Tommy Flowers Institute at 10:27 No comments:

We are absolutely delighted to have Prof Hani Hagras, University of Essex, speaking on Day 2 at our Conference on 'Adding Value to Economies: Collaborate - Innovate - Educate'. 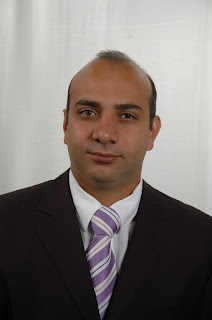 He has authored more than 350 papers in international journals, conferences and books. His work has received funding from major research councils and industry. He has also Ten industrial patents in the field of Explainable AI, computational intelligence and intelligent control.


Posted by Tommy Flowers Institute at 08:19 No comments:

We are thrilled by the number of amazing poster submissions we received. 20 highly skilled young researchers will be presenting their posters on the afternoon of the first day of our conference on 'Adding Value to Economies: Collaborate - Innovate - Educate'. Please registers below to hear what they have to say!

Poster Competition - 24th March, 13:30, The Hub, Adastral Park
Please register for the conference below and meet those amazing researchers
Speakers and Draft Agenda

Posted by Tommy Flowers Institute at 09:59 No comments:

We are proud to announce that we have Dr Andrew Bourne, EPSRC-UKRI, Director Partnerships as opening speaker of the first day at our conference on 'Adding Value to Economies: Collaborate - Innovate - Educate'.

Andrew is a member of the EPSRC Executive Board and currently the Project Director for the Rosalind Franklin Institute.
Previously Andrew has led:
See as well Andrew's LinkedIn Profile.

Posted by Tommy Flowers Institute at 02:22 No comments:

We are hosting a series of 'Thought Leadership Events' at Adastral Park and via WebEx.

Madeline also identifies potential questions we would need answering when looking at the mobility ecosystem, especially because there will be new players and new perspectives. Finally, predictions of what security practitioners are dealing with, along with some of the solutions that are currently in progress, are being presented.

Posted by Tommy Flowers Institute at 07:20 No comments: